Role of the European Union

There are approximately a million recognised refugees living in the European Union. They represent 7% of the world total and are equivalent to 0.2% of the population of the 28 member states.

But in a scenario where the number of people forcibly displaced continues to grow daily in the world, in 2017 only half the number of people applied for international protection in EU countries compared to the previous year. This can be explained by the fact that, with controls strengthened and border management transferred to neighbouring countries, a large proportion of these people have become trapped in their countries of origin and transit countries.

Asylum figures for Spain in 2017

The Spanish State has taken in very few refugees compared to other EU states, despite its being one of the four biggest countries. In fact, Spain has never been generous in protecting asylum seekers and it is not chosen by such people as their preferred destination.

In any case, while EU asylum applications dropped by 50% in 2017, mainly because of the fall in numbers of applicants in Germany resulting from that country’s more restrictive asylum policies and entry controls, Spain, by contrast, recorded twice the number compared to the previous year, representing almost 5% of the EU total.

This is the highest-ever figure achieved in one year and is even close to the accumulated total recorded between 2007 and 2014. For the first time, Spain took sixth place in the ranking of countries for number of EU asylum seekers, ahead of nations with long-established commitments to protecting refugees, such as Sweden, which took in 26,325 people. Germany comes top, followed by Italy, France, Greece and the United Kingdom. It is in these first six countries alone that 81% of all the EU asylum applications were submitted.

And as regards its favourable decisions, only 13% achieved refugee status, mainly people originally from Eritrea, Palestine and Morocco (in the case of the Morocco, people alleging persecution for being members of the LGBTI collective). The rest were granted subsidiary protection.

Similarly, the increased number of applications for international protection did not see a proportional rise in the number of decisions made, thereby worsening considerably the accumulation of cases awaiting decisions. The collapse of the asylum system towards the end of February 2018 affected 42,025 people.

At the same time, the Spanish State has one of the highest percentages in the European Union of forced returns of irregular migrants. 18,794 people classed as irregular migrants were placed in detention in 2017 and 4,917 expulsion orders were issued, of which 4,054 were enforced: 3,041 were for people from a Foreigner-Internment Centre or CIE (75.01%) and 1,013 for people without previous detention.

Spanish policy on foreign nationals and right to asylum in Spain are the exclusive jurisdiction of the State. International protection is regulated by Act 12/2009, governing the Right to Asylum and Subsidiary Protection which, six years after it was passed, still has no rules and regulations for its implementation.

The Spanish government has not incorporated the terms envisaged by the European directive on asylum requirements, which sets minimum standards for recognising and attending to stateless people and people in need of international protection.

People who ask for international protection in the Spanish State have the right to join a care programme once their application has been accepted for processing. But this is often assigned late and runs out long before the completion of the application process, which can drag on for three years.

The Spanish government has outsourced reception management to NGOs working in the field of asylum, which provide asylum seekers with a place to live and upkeep for six months, and a maximum of nine in the most vulnerable cases.

During this period they are accommodated in one of the state reception network's centres, which include four reception centres spread between Madrid, Seville and Valencia, two temporary-stay centres for immigrants (CETI) in Ceuta and Melilla, all of which are the responsibility of the Ministry of Interior, and other places that are the responsibility of the Ministry of Employment and Social Security but run by the three management agencies.

The programme's beneficiaries are sent where the reception network has vacancies, regardless of where the application may have been submitted. Asylum seekers cannot choose their destination.

Decisions on asylum are taken by the Ministry of Interior and based on the proposals of the Interministerial Asylum and Refugee Commission (CIAR), made up by representatives of the departments with responsibility for foreign policy, justice, home affairs, asylum, immigration and equality.

Applicants who are not granted asylum must leave the country if they do not have a residence permit and are subsequently regarded as migrants in an irregular situation.

Spain is one of the countries in the European Union that receives the lowest number of refugees and asylum seekers and yet it has reacted to the humanitarian crisis by watering down the number that the European Commission suggested should be relocated to Spain from Italy and Greece. The central government's argument is that the country is “saturated” with irregular migrants.

In any case, Spain’s executive announced its commitment, in September 2015, to transfer a total of 17,313 people to Spain (including its initial quota under the relocation plan and the figure accepted under the resettlement programme), although it finally ended up with 1,910 through the two mechanisms.

In September 2017, when the deadline was reached, Spain had only received 14% of the people it had pledged to transfer from Greece and Italy. In fact, when it comes to EU states with higher rates of non-compliance for their quotas, the only worse offenders include a few countries from Eastern Europe, topped by Romania, which, unlike Spain’s executive, actually voted against this system. This failure to comply, however, was denounced and Spain’s Supreme Court ended up rebuking the Spanish State for having failed to meet its commitment to take in refugees. The Court's ruling stipulates that even though the State's deadline for meeting its pledge had been reached, it was still obliged to comply with its commitment.

The Central Government promised to contribute 6.5 million euros towards various humanitarian programmes, so as to help countries in Africa and the Middle East sharing borders with other countries in conflict, especially the one in Syria.

It was under the framework of these European commitments that the Central Government set up an inter-ministerial commission in 2015, made up of the Ministries of the Interior, Health and Employment, to deal with the refugee crisis. That Commission, however, was unfortunately strongly criticised for its inefficiency and lack of coordination.

Finally, it also approved an emergency subsidy of 13 million euros for the three management agencies, to be spent by June 2016 and allocated above all towards increasing the number of reception places throughout the State. Up to then, there had only been 28 places in the whole of Catalonia. A further ninety have been created but at least another thousand would have to be opened to take in people who are relocated. 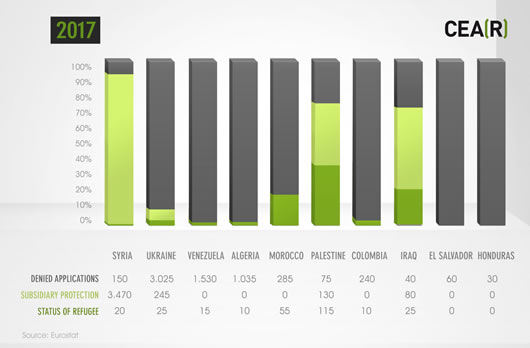 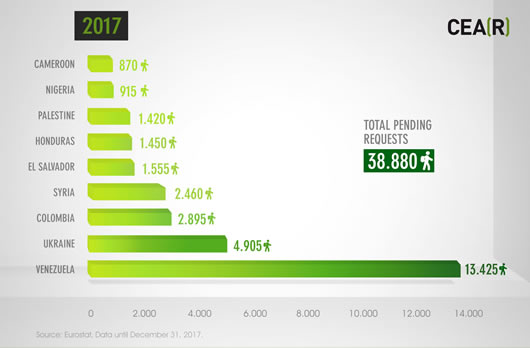 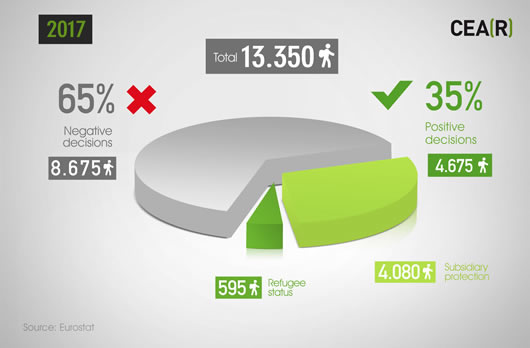